Help! I Am A Political Prisoner In An American Mental Health Facility! 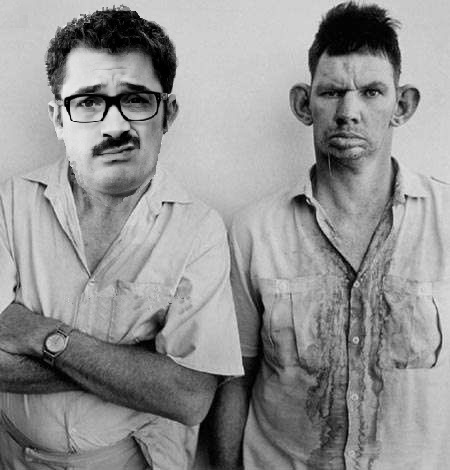 Two Please, In A Pod?

I have finally been granted access to a computer, and this is my first post from the Mental Health facility to which I have been involuntarily committed. This entire episode arose from a mistake. I went with several of my friends to an inner city playground to hand out bottled artesian water and organic oatmeal-raisin cookies to Black youth. This was to be our penance for watching and enjoying the new television show, Wayward Pines, and all the white privilege it represents.

Upon our arrival, one of the youths asked to “hold” Ellie Mangle-Lero’s camera, and she let him.  When he walked away with it, I asked him to return it, and told him we there in solidarity with the cause, and then explained why we were there.  He got a strange look on his face, laughed,  and then started screaming, “Help! Creepy ass crackers! Creepy ass crackers! Theys trying to git me in dey car! Help!” Whereupon we were set upon by a large crowd who refused to listen to our entreaties. I do not blame them for this because of the way they have been treated in our racist country.

The police arrived, with a SWAT Team, and rescued us. When I tried to explain why we there, the officer got a strange look on his face, and immediately placed me in restraints and transported me to this facility. When I got here, I once more explained why we were at the playground. The attending staff got a strange look on their faces, and proceeded to give me an injection of something, perhaps Thorazine.

Later that evening, I was examined by Dr. Eselhutt, a psychiatrist. When I explained to him why we were at the playground, he also got a strange look on his face, so I knew right away I was in trouble. I begged him to review my blog posts at Pansies For Plato because they would prove my story, and that I was sane. He spent several minutes reading them, and then told me that he really liked Wayward Pines, and that my posts troubled him greatly. He said he was going to recommend that I be held over for a sanity hearing.

I have met twice with my attorney, who assures me that we have an excellent chance to prevail at the hearing, and  advised me, in a very rude fashion, to say as little as possible, because anything I said could be used against me.  The hearing has been scheduled for Monday July 6, 2015 at 10:00 AM.

In the meantime, I just want to say that this is one hell of a country where a man can be held in a mental health facility simply because the doctor likes a television show, and disagrees with the political views expressed in a blog! Thankfully, I have made a new friend, whose picture is above. I think his name is Gorp. At least that is what the staff calls him. He doesn’t talk much, but he is a good listener. He seems very interested in my explanations of white privilege, and the incipient racial bias in the country.

I have to go now. It is warm milk and cookie time!

Blog Administrator’s Note:  I have added this link to Mr. Dumdell’s post for those of you have not been following his misadventure. This will catch you up on the whole story.

41 Responses to Help! I Am A Political Prisoner In An American Mental Health Facility!