Our Cultural Revolution Is Different Than Theirs! 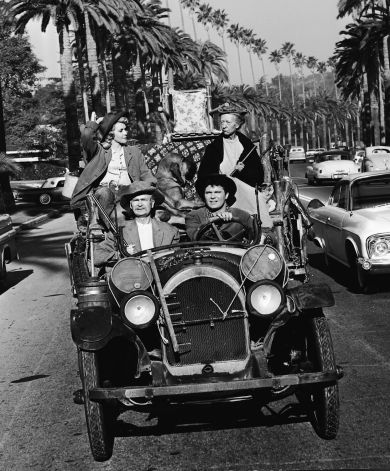 The 1921 Olds Seemed Somehow Out Of Place

Someone on FOXNews made the snide comment that the current cultural erasure of Confederate flags and the renaming of schools, roadways, and military bases is the same sort of cultural cleansing that went on in Communist China under the Red Guard, and is currently going on in the Mid East under ISIS and the Taliban.

Nothing could be further from the truth! True, there is a superficial relationship to the Four Olds, which wiki describes as:

The term “four olds” first appeared on June 1, 1966, in Chen Boda’s People’s Daily editorial, “Sweep Away All Monsters and Demons”, where the Old Things were described as anti-proletarian, “fostered by the exploiting classes, [and to] have poisoned the minds of the people for thousands of years”. However, which customs, cultures, habits, and ideas specifically constituted the “Four Olds” were never clearly defined.  Calls to destroy the “Four Olds” usually did not appear in isolation, but were contrasted with the hope of building the “Four News” (new customs, new culture, new habits, new ideas). The idea that Chinese culture was responsible for China’s economic backwardness and needed to be reformed had some precedent in the May Fourth Movement (1919), and was also encouraged by colonial authorities during the  Japanese occupation of China.

Other manifestations of the Red Guard campaign included giving speeches, posting big character posters, and harassment of people, such as intellectuals, who defiantly demonstrated the Four Olds.  In later stages of the campaign, examples of  Chinese architecture were destroyed, classical literature  and Chinese paintings were torn apart, and Chinese temples were desecrated. Red Guards even broke into the homes of the bourgeois and destroyed paintings, books, and furniture; all were items that they viewed as part of the Four Olds.

And true, we are trying to sweep away old monsters and demons, and certain historical symbols and artifacts. True, we do harass certain so-called intellectuals of the Right, but the similarities end right there!

First, we are not going around burning anything! We aren’t burning Confederate flags—we are simply asking people to stop flying them, making them, displaying them, painting them on the roofs of their cars, waving them around at those horrible southern white trash racing events, wearing them on bikinis, wearing them on T-shirts, etc., in the name of Tolerance and Understanding!

We also request that people remove that slave-holding symbol from movies, like Gone With The Wind. And stop running television shows like The Dukes of Hazzard! And what harm is there in renaming streets and roads? Many streets and roads have already been renamed in honor of glorious martyrs like Trayvon Martin!  And look how every town in America has its very own Martin Luther King Blvd!

And military bases named after Confederate Generals, and statues and southern Civil War memorials. Yes, we want them gone, too! And soon to follow, the American Flag, and memorials to slaveholders like George Washington, and Thomas Jefferson! Gone! Gone! All of it gone!

But another difference is that  we aren’t physically beating anybody up like the Red Guard did. Look at this picture from those Red Guard days. 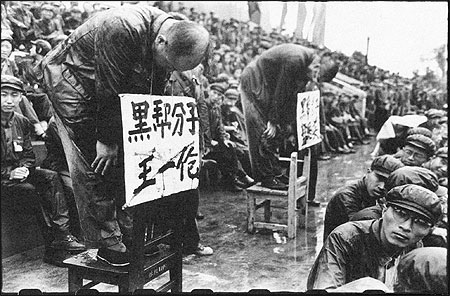 It is silly to imply that we would do things like this. After all, those southerners are so overweight that they would break the chairs! And their beer bellies! My goodness, but if they bent over, they would tip the chair!

All forms of social pressure are not alike!  We don’t make our opposition stand in chairs with signs around their necks! What we do is use our Twitter accounts, social media, and our friends in the main stream media to humiliate people who don’t agree with us, and cost them their jobs, or business.  Not like China at all! They didn’t even have Twitter accounts, and if they did, then I am sure the whole affair there would have been much less intense!

So, don’t buy into the Republican right-wing talking points that we on the Left are similar to the Red Guard. Because I have clearly proven, there are significant differences!

1 Response to Our Cultural Revolution Is Different Than Theirs!