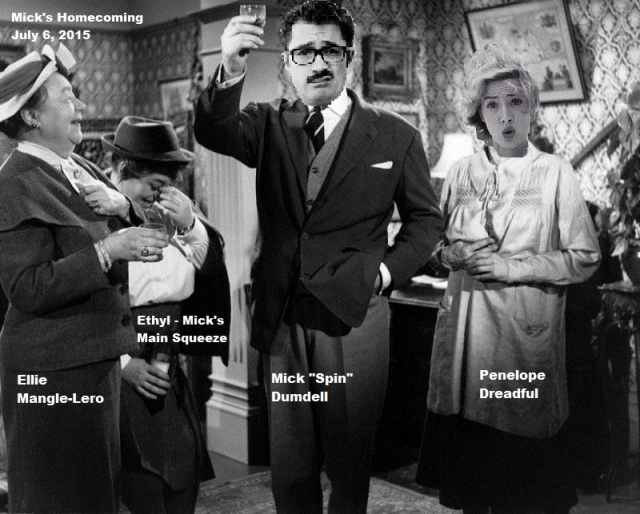 In brief, Mr. Dumdell and several of his white friends went to an inner city playground to distribute artesian bottled water and organic oatmeal-raisin cookie treat to the underprivileged Black youth. This was their act of penance for enjoying the television show, Wayward Pines, which Mr. Dumdell considers the epitome of White privilege. Instead of being welcomed, they were attacked by the crowd, and when Mr. Dumdell tried to explain to the rescuing law enforcement personnel why they were there, he was whisked away to a mental health facility.

If you are not up on this story, see here:

and here, for one of the survivor’s explanation of what happened to her, and why:

Anyway, I have had my legal assistant, Ms. Squeeky Fromm, transcribe a partial transcript of today’s hearing:

All Witnesses having been previously sworn.

Ralph Jones: Will you please state your name for the record?

Ralph Jones: Will you please tell the Court how you first came in contact with the Defendant.

Sgt. McGillicuddy: Well, it was Monday, June 29, 2015, about 12:15 AM, and me and my partner were at 2415 Trayvon Martin Blvd. with the SWAT Team when we seen some smoke rising up in the air about a block away. So we all left to investigate.

The Court: Did you just walk away from the crime scene where you were located?

Sgt. McGillicuddy: It wasn’t no crime scene, your Honor. We was at Leroy’s Bar-B-Que, and we always take the SWAT Team along for protection when we get lunch there. That is not a safe neighborhood, if you know what I mean.

The Court: I am afraid I do. Please continue, Mr. Jones.

Sgt. McGillicuddy: Well, when we got there, to the playground, there was about a half dozen white folks getting the snot beat out of them by a large group of African American individuals. There was even little kids from Miss Petunia’s Day Care whaling on them. There was a Lincoln Navigator on fire, and one of the white ladies, an older woman, was upside down about to get sexually assaulted. When they saw the SWAT Team, the African Americans headed for the hills, and all you could see of them was white tennis shoes and a cloud of dust.

We retrieved the six white people, and called the Fire Department on the vehicle, and then we retreated to the safety of Leroy’s Bar-B-Que, where our lunch order was ready to pick up. One of the white folks, who I later learned is the Defendant sitting there, Mick Dumdell, began ranting about oatmeal raisin cookies, and some kind of monsters and somebody named Abby, who I assumed was the old white lady. I assured him she was safe but he just wouldn’t shut up. He kept going on about cookies, bottled water, and the monsters. I took this to be the ravings of a madman, so I took him to the mental health lockup unit. That is the last I seen of him.

Ralph Jones: I pass the witness.

Robert Rosenblum: Sgt. McGillicuddy, are you familiar at all with the television show, Wayward Pines?

Sgt. McGillicuddy:  No. I never heard of it. Oh yes, the Defendant was rambling about pine trees, too. Which was strange, because there wasn’t any pine trees at the playground. Heck, there is hardly a playground at the playground because the local residents there has stripped most of the metal off there to sell for scrap. It’s pretty much just some asphalt and a basketball goal.

Robert Rosenblum: Thank you, Sergeant, That is all the questions I have.

The Court: Next witness.

Ralph Jones: Will you please state your name for the record:

Dr. Eselhutt: Dr. Emil Eselhutt. I am a psychiatrist with the State Department of Human Services.

Ralph Jones: Can you tell the Court how you came to the decision to hold the Defendant over for this sanity hearing?

Dr. Eselhutt: I first examined the Defendant early in the morning of June 30, 2015 in accordance with state law. At first, I decided to release him, as he seemed to be neither a harm to himself, or others. Plus, I am a fan of the Wayward Pines show, so I understood what he was rambling about to Sgt. McGillicuddy.

However, he insisted that I read his blog posts on Pansies For Plato, so I did. There I discovered that he regularly flagellates himself, though his back shows little sign of scarring. He apparently operates under the delusion that Xanax is spelled with two “x”s because of the Confederate Flag. He seems to be obsessed with flags, a problem which may trace back to his mother’s dresses. Anyway, he also thinks the American flag should be repealed and replaced, and that Tara-the Hero cat, the one which chased a dog away from a child, is a symbol of White Privilege. He identifies with Rachel Dolezal, the white woman who pretended to be black, and wrote one blog post claiming, “Ich Bin Rachel Dolezal.”

These were more than sufficient evidence that he suffers from persecutory and paranoid delusions. What convinced that he should be committed is his post about, let me refer to my notes here, What If They Gave A Spanking And Nobody Came, where he said in response to the nine blacks killed in Charleston , and I quote:

That’s how I feel! I feel cheated by the weak response of all those Southern rednecks and drunk yahoo trailer-park bunch of white trash who are NOT going apeshit over the taking down of their beloved racist flag. I wanted to see them in the streets with torches, pitchforks, and rope, and with a Black American or two, in tow headed for the courthouse lynching tree, where an FBI Tactical Team could swoop in at the last minute to save the hapless Negroes from their foul clutches! And all caught by the MSNBC news team!

I wanted to see them rioting and burning and looting liquor stores, gun stores, and custom speed shops, caught on camera walking out with a set of headers for their 1978 Chevy pickup truck in one hand, and a 24 pack of Pabst Blue Ribbon beer in the other! So they could get a taste of what it is like to be frustrated with the system like the Black youth in Ferguson and Baltimore.

And damned if the sorry sons of bitches aren’t sympathizing with the nine Black Christians who got killed! There they are, holding hands with Blacks, and singing Kumbaya. And putting teddy bears on the street memorial! This is not what I wanted at all!

I felt these sentiments expressed a great deal of suppressed anger, and that is not a good thing when combined with a paranoid complex. I thought it safer to hold him over, and let this Court decide on his mental status.

The Court: Is this the only reason you decided to hold him over?

The Court: Then I am going to order his immediate release. Heck, half of the Democrats I know think just like the Defendant. They were secretly hoping for a race riot in Charleston, and when there wasn’t one, them and the media just packed up and left. It’s a week or so later, and all you hear about now is the Dukes of Hazzard car.

I don’t doubt that Mr. Dumdell suffers from delusions, but they are delusions shared jointly by nearly half the country,  including many people who attended fine universities, and ought to know better. Plus, Mr. Dumdell is white, and unfortunately many white people think just like him. That’s their privilege. It’s crazy. But there isn’t enough beds to put them all away.

Mick Dumdell: You mean I am being released because of White Privilege???

The Court: Yes, Mr. Dumdell, you are. Adjourned.

We are glad that Mr. Dumdell is back with us, even if it was due to White Privilege.

Note 1: Here is a copy of the transcript in pdf form for those who might want to use it for instructional purposes:

Note 2: Someone asked for a link to all the articles about this incident in one place, so here it is, in chronological order:

First, Mick Dumdell’s Wayward Pines article that started it all:

Then, Penelope’s announcement of the near riot when Dumdell and crew tried to hand out artesian bottled water and organic oatmeal cookies to the Black yutes, and Dumdell’s psychiatric commitment:

Then, an UPDATE by Penelope where she explains what it going on with Mick Dumdell and his mental status:

Then, an article from Mick Dumdell from inside the psych unit:

Then, Penelope’s announcement that Dumdell had been released from the psych unit, and trial transcript:

and, Ellie Mangle-Lero’s account of how an inter-racial verbal miscommunication was responsible for her beating, and near-rape:

Strangely, this was not Dumdell’s first psych commitment, for in a non-related story, he tells how he was locked up for a medical condition:

Sooo, that is the entire riot and Dumdell commitment string.